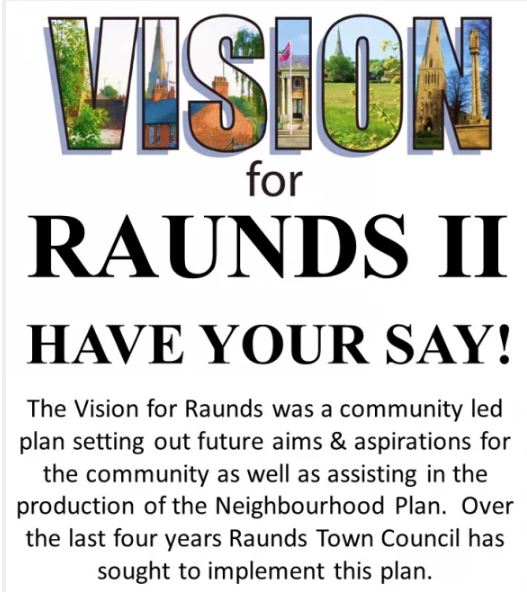 Raunds Town Council held a public meeting on 28th March which was attended by 25 residents, to discuss the key issues we have in Raunds for incorporation to the 2nd version of the Vision for Raunds.

The below is an extract of the Town Council report which summarises the background and highlights the threads that were raised.

1.1 The Vision for Raunds

The project was launched with the development of a flyer highlighting the projects that had been initiated by the original Vision. This was distributed to every household. A public meeting was held on 28th March attended by 25 residents. The format for the evening was as follows:

The brainstorming exercise highlighted a number of issues which need to be investigated as the questionnaire is developed:

4.0 Next Steps and Recommendations