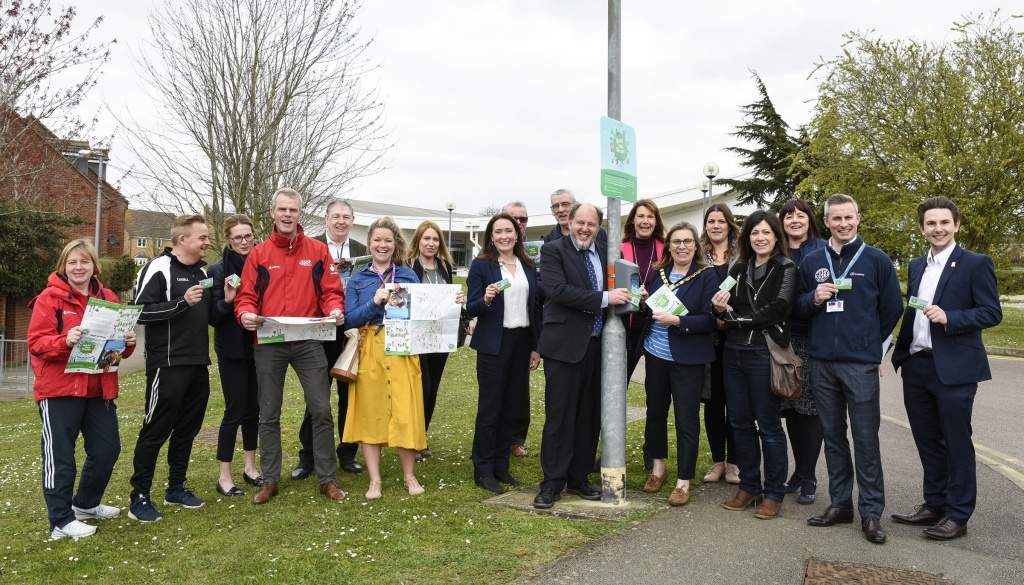 Running start for Beat the Street in East Northants!

Beat the Street – East Northant’s giant walking and cycling initiative – is off to a running start with residents travelling more than the distance from the UK to Mexico within the first day of the game.

More than 4,000 people have walked and cycled more than 4,000 miles in just twenty-four hours for Beat the Street – a free competition which challenges people to see how far they can travel around East Northants in return for points and prizes.

Taking place until 8 May, Beat the Street is transforming East Northants into a giant game with players tapping special sensors called Beat Boxes dotted across Rushden and Thrapston. The response to Beat the Street has been incredible with thousands of people visiting libraries to pick up a card and get involved.

40 schools and teams in East Northants are competing against each other to see who can journey the furthest and win hundreds of pounds worth of prizes. Topping the leaderboards after the first day is Thrapston Primary School who walked more than 500 miles but with six weeks to go there is still plenty of chance for other teams to climb the leaderboards and take home some of the top prizes.

Beat the Street is being delivered by Intelligent Health and is funded by The National Lottery on behalf of Sport England, and East Northamptonshire Council in partnership with Freedom Leisure.

Chairman of East Northamptonshire Council, Cllr Wendy Brackenbury said: “Beat the Street is off to a running start in East Northants. We are delighted to see so many people walking, running and cycling for the competition. There is still time to get involved – pick up a card from your leisure centre or library and start tapping!”

Leader of East Northamptonshire Council, Cllr Steven North, added: “It is great that so many people have already signed up for the Beat the Street challenge. This outreach project is a way for residents to take part in physical activity and improve their overall health and wellbeing. I would encourage everyone to get involved and take on the challenge.”

To find out where you nearest distribution centre is – visit www.beatthestreet.me/eastnorthants