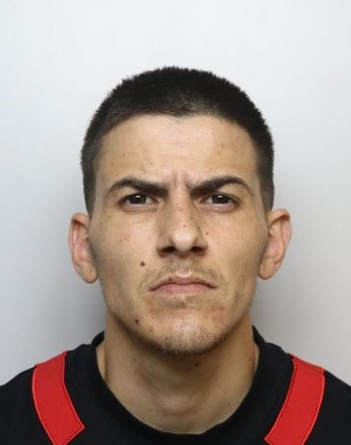 A 28-year old drug dealer who chased and stabbed an innocent man in Northampton has today (Tuesday, February 19) been convicted of murder.

Daniel Quinn, 28, of Wolverhampton, was found guilty at the end of a two week trial at Northampton Crown Court of murdering 34-year-old Daniel Fitzjohn.

Parminder Sanghera, 25, of Wolverhampton, was found guilty of manslaughter.

The jury of six men and six women returned their unanimous verdict after being sent out on Friday, February 15.

Daniel Fitzjohn was stabbed twice by Daniel Quinn in the Kingsley area of Northampton on June 14, 2018. He was taken to Northampton General Hospital but sadly died a short time later.

During the trial, jurors heard how the incident that day had started as a dispute between Mr. Quinn and a customer who regularly bought drugs off him. After an altercation in a shop in Fairfield Road between Mr Quinn, the customer and his friends, Mr Quinn had driven his car at the group. He then went in search of the group with Sanghera, found them and both armed with knives, ran towards them.

The group dispersed but Mr Quinn managed to track down Mr Fitzjohn, who had never been involved in the taking or dealing of drugs in his life and was simply a friend of a friend of Mr Quinn’s customer, and stabbed him twice.

Senior Investigating Officer, Detective Chief Inspector Ally White, said: “The murder of Daniel Fitzjohn was captured almost entirely on the dash cam of a taxi, yet despite this, Daniel Quinn and Parminder Sanghera continued to protest their innocence and put the family of Mr Fitzjohn through the trauma of a trial.

“Mr Quinn’s testimony of stabbing Mr Fitzjohn the first time by accident and the second time in self-defence is frankly, ridiculous. This was a sustained attack on an innocent man who was heard by eye-witnesses to protest repeatedly to Mr Quinn that he’d got the wrong person. Despite this Mr Quinn not only stabbed him once, but then chased him and stabbed him again.

“Daniel Fitzjohn was by all accounts, a very decent, mild-mannered man with no history of involvement with the police or with drugs. He was simply caught in the wrong place at the wrong time by a drug dealer who stabbed him to death in a fit of anger.

“I am very pleased that we have managed to get justice for Mr Fitzjohn and his family and I would like to take this opportunity to commend them all for the bravery they have shown throughout the trial – the things they have seen and heard, including the moment Daniel was stabbed will have left a mark that will never fade.”

Quinn and Sanghera are due to be sentenced at Northampton Crown Court on Thursday, February 21.