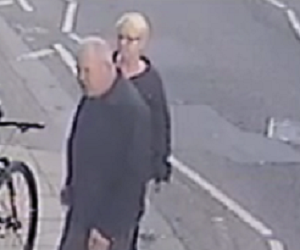 Police have released a CCTV image of two people they believe may have information that will help with inquiries into an assault in Wellingborough Road, Northampton.

A man and women are reported to have approached a group of children near to the Black Prince pub and, following a verbal altercation, the man is alleged to have assaulted one of the boys in the group.

Officers would like to speak to the two people pictured as they may have information that will help their inquiries.

The man, or anyone who recognises him, is asked to contact Northamptonshire Police on 101. Alternatively, they can call Crimestoppers anonymously on 0800 555111.