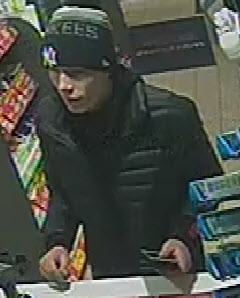 Police officers have released a CCTV image of a man they wish to speak to following a theft from a car in Marlborough Road, Northampton.

The incident happened on Sunday, January 13, at about 1am, when a man broke into a car by smashing the driver’s window and stole a phone and bank card. The bank card was later used at a nearby shop.

The man in the image or anyone with any information should contact Northamptonshire Police on 101. Information can also be submitted anonymously to Crimestoppers on 0800 555111.

One thought on “Theft in Marlborough Road, Northampton”