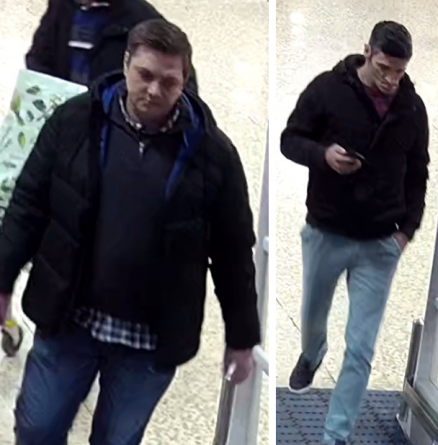 Police have released images of two men they believe may have information about the theft of a purse in Kettering.

The theft happened around 1.40pm on Saturday, January 5, when a woman’s purse was taken from within her handbag while she was in a Kettering supermarket.

Officers investigating the incident believe it is linked to a similar offence in Corby on the same day.

Anyone with information is asked to call Northamptonshire Police on 101 or Crimestoppers anonymously on 0800 555111.