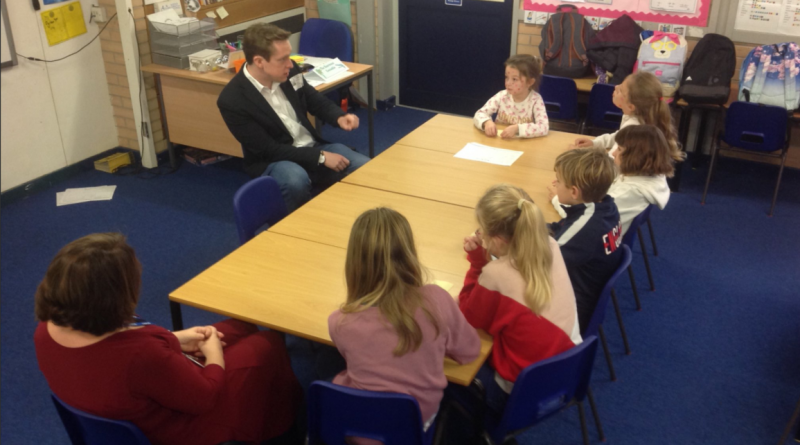 Pupils at St Peter’s C.E. Academy, Raunds, recently had the chance to meet their local Member of Parliament, Mr Tom Pursglove MP, when he dropped in to chat to the School Parliament.

During the visit, which also included a guided tour of the junior school, pupils had the opportunity to find out more about Mr Pursglove’s life as an MP, from responding to local causes, to having his say on national and international issues in the House of Commons.

Each pupil prepared a range of questions for Mr Pursglove to answer, with hot topics; including Brexit, the importance of the NHS, and the true cost of litter and pollution in the UK.

The School Parliament members, who are all democratically elected by their peers, also spoke to Mr Pursglove about the pride they take in their roles within the school community.

Following his visit, Mr Pursglove has now invited the pupils to visit him in Westminster to take a tour of the House of Commons and the House of Lords, so that they can see life in Parliament for themselves.

“We’re really looking forward to making a trip to the Houses of Parliament, so that our very own School Parliament can see democracy in action.”