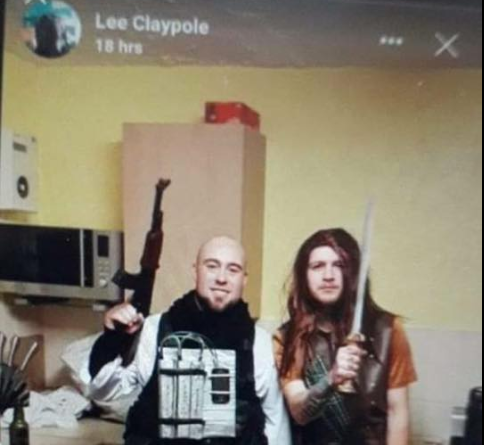 A man has been given a conditional police caution for a public order offence, following an incident in Wellingborough town centre when a suspicious package was found in a waste bin.

A 28-year-old Kettering man attended a voluntary interview earlier today (Monday, December 10) and was interviewed under caution by officers. He admitted wearing and subsequently disposing of a package that had the appearance of an explosive device.

The fake device had been part of a fancy dress costume and was disposed of by the man in a bin in Market Street. Emergency services were called at about 9.30am on Sunday, December 9, when the package was spotted by a council worker as the bins were being emptied.

Roads around the town centre were closed and a 100 metre cordon was put in place. The Swansgate Centre and nearby businesses were also evacuated as a precaution. The RAF Explosive Ordnance Disposal unit attended and carried out a controlled explosion on the item of concern, which was determined not to present any danger to public safety.

Chief Superintendent Mick Stamper said: “The actions of this individual were highly irresponsible and resulted in huge disruption, inconvenience and concern to local people, shoppers and businesses on a busy Sunday morning.

“Any report of this nature has to be taken extremely seriously and the response to it required extensive resources from all the emergency services, as well as the deployment of specialist military explosives experts.

“As a result, the town centre had to be closed for several hours, not only causing severe disruption but also preventing many town centre businesses from trading during a busy Christmas shopping weekend, no doubt resulting in significant loss of sales.

“The man who disposed of the item in such an irresponsible way came forward to police voluntarily and has shown genuine remorse and a desire to recompense the situation. This has been taken into account in deciding the most appropriate resolution and, as such, he has been issued with a conditional caution for an offence under Section 4 of the Public Order Act 1986.”

As part of the conditions of the caution, the man will complete community service of 40 hours litter-picking in Wellingborough and will pay compensation of £500 to the Borough Council of Wellingborough.

Chief Superintendent Stamper added: “The man dressed up in a costume with a fake explosive attached to his body believing it was okay because he was going to a private function.

“It was not okay. Even if he had stayed at the function, it is still an offence to dress up in any way that would either intentionally put people in fear of violence or that would be perceived as racially or religiously aggravated – such offences can be committed anywhere other than a private dwelling.

“This man now has police record simply because he didn’t think through his actions. With the busy festive party season in full swing, people will be in out on the town, enjoying a drink and in high spirits. We want everyone to have fun and enjoy their night out but would urge them to please consider the potential consequences of their actions, whatever they might be, and don’t spoil an otherwise happy Christmas.”