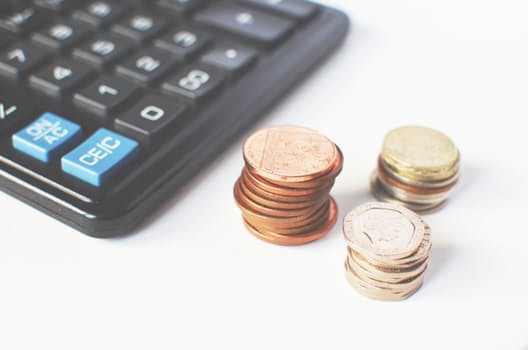 The Finance and Policy Committee met on the 4th December.

It was highlighted that as a result of the new properties in Raunds, the council will receive an additional £26,500 in council tax when compared with the previous year.

A key outcome was that it was agreed that the repairs to the steps at St Peters Church and the improvement of lighting at the church was considered to be essential maintenance work and that the council would need to make budgetary allocation of £25,000 for this.

The draft minutes from the meeting have been released by the Town Council and have been detailed in the below.

467.18 To Receive Apologies for Absence.

RESOLVED to note the apology.

468.18 Notification of requests from members of the public to address the meeting in compliance with adopted protocol.

469.18 Notification of members questions in compliance with the council’s standing orders.

470.18 Declarations of Interest.
COUNCILLORS ARE REMINDED THAT IF THEY HAVE EITHER A DISCLOSABLE PECUNIARY INTEREST OR OTHER INTEREST IN ANY ITEM THEN THEY SHOULD DECLARE THE INTEREST AND IN THE CASE OF A PECUNIARY ITEM LEAVE THE MEETING FOR THAT ITEM

471.18 Minutes: to confirm the minutes of the Finance and Policy Committee meeting held 6th November 2018

RESOLVED that the minutes of the Finance and Policy Committee meeting held on 6 November 2018 be confirmed as a true record.

a. To consider the Councils budget for 2019/20 and to make a recommendation to the Full Council regarding the Council’s precept.

Members noted the detailed committee budgets as summarised in appendix 1.

It was noted that the Council Tax Base for Raunds is increasing from 2916 in 2018/2019 to 3088 in 2019/2020 (The Council Tax Base being the equivalent number of Band D properties in the area). The effect of this increase is that the Town Council will receive an additional £26,500 in council tax without placing any additional cost on individual households.

RESOLVED to recommend to the Full Council that no committees would be asked to review their budgets.

Members then reviewed the list of proposed council projects for 2019/2020 as shown in Appendix 2.

It was noted that match funding grants for some of these projects had been received from East Northamptonshire Council.

It was agreed that repairs to the steps at St Peters Church and the improvement of lighting at the church was essential maintenance work and that the council would need to make budgetary allocation for this.

Following detailed discussion, it was…

RESOLVED that
a) The Clerk and the Chairman of the Finance Committee be asked to review the Council’s existing reserves and make a proposal at an additional Finance Policy Committee meeting to be held on 3rd January 2018 as to how the projects could be funded.
b) To recommend to the Full Council that a final budget proposal will be presented to the Council in January and that all decisions regarding the Councils 2019/20 budget are deferred until January.

Note:  The council recently confirmed that the events budget was currently set at £27,750 rather than £27,000, however it has since been clarified that £750 belonged to a cost centre which has been moved from the events committee to the Environment, Leisure and Recreation Committee (ELR)