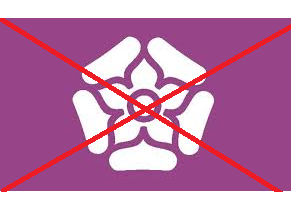 A briefing has been released by David Oliver – Chief Executive of East Northamptonshire District Council.  The briefing sets out the details of the consultation period as well as announces that all district and parish elections that were due to be held in May 2019 will be postponed until May 2020.

Title: Secretary of State for Housing, Communities and Local Government launches consultation on unitary proposal and announces postponement of elections

Summary: Consultation by the Secretary of State (SoS) over plans to restructure local government in Northamptonshire which could include two unitary authorities has started 29/11/18.

The Government consultation has launched following proposals submitted by Northamptonshire councils back in August 2018.

The consultation period will run for eight weeks until 25 January 2019 and is available online at https://www.gov.uk/government/consultations/the-proposed-reorganisation-of­local-government-in-northamptonshire Paper copies will also be available shortly in public offices and buildings of all the Northamptonshire councils. If you have a customer who is struggling with completing the online consultation, please print out a copy of the document available via the link above for the customer to complete and submit via post. Instructions are on page 5 with a postal address.

Mr Brokenshire has also announced today that following a request from the eight Northamptonshire councils, he will be postponing district and parish elections that were due to be held in May 2019 until May 2020. Should he decide to implement the proposal of two unitary authorities, it would have meant district and parish councillors serving only one year before unitary authority elections would be held in 2020. He explains: “Elections in such circumstances risk confusing voters and would involve significant costs that would be hard to justify…Accordingly, I have concluded that irrespective of whatever my future decision might be on the restructuring proposal, the right course is to postpone these elections.”