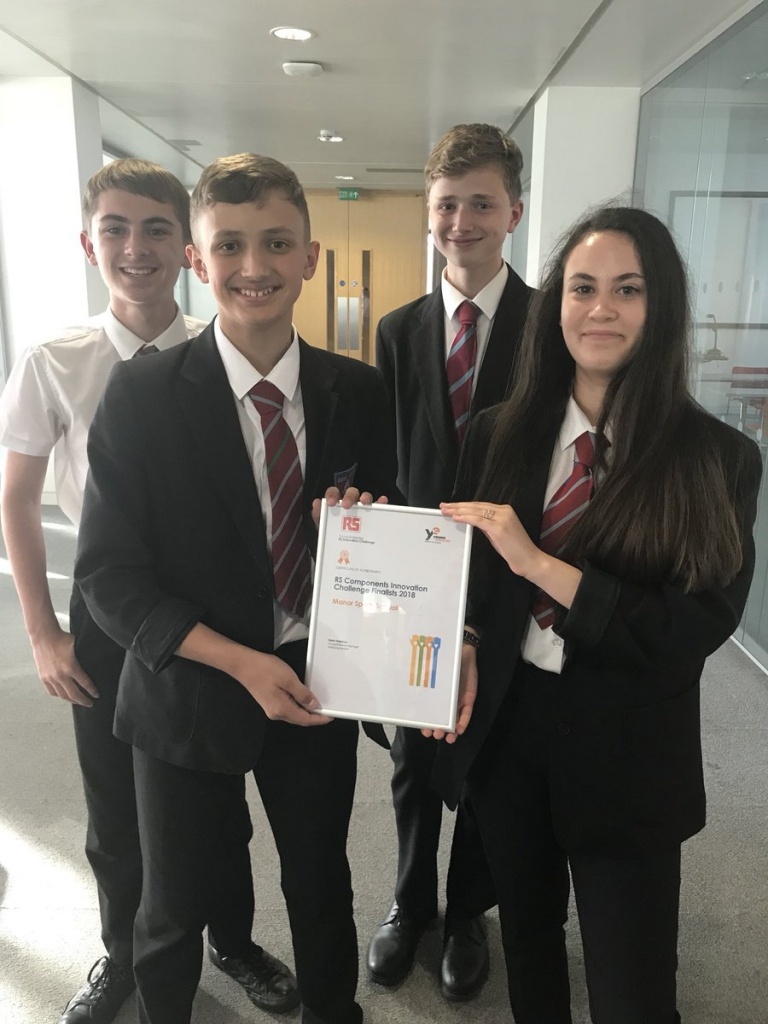 A team of Year 9 students have finished in second place in this year’s Young Enterprise competition.

In March, the students were briefed to create a mascot for the new Titan 2 truck for RS Components in Corby. A local competition took place, with our team winning the heat against various Northamptonshire schools. Following this, there was time allocated in school to further develop the campaign and generate costings, carry out market research and produce visuals. The team travelled to Nottingham University with Miss Collier and Miss Oakey on Wednesday 20 June and represented Northamptonshire in the Young Enterprise Grand Final.

After a closely fought competition against some very strong teams, the team were awarded the runner up prize which included some Raspberry Pi computers for the school, only just losing out to Leicester High School who had a similar idea. We were very proud of the students who performed their pitch confidently and demonstrated excellent knowledge of business terminology and acumen. Special commendation from the panel of judges went to Aaliyah Draper for her outstanding presentation skills.

A huge well done to all of the students for their positive representation of Manor School.