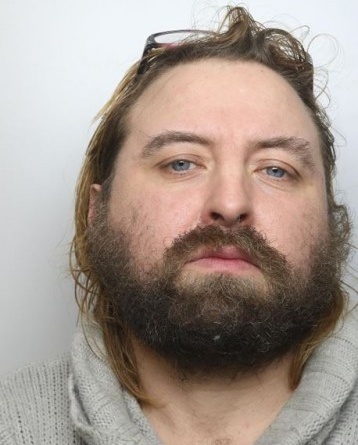 A Rushden man has been given a five year prison sentence for child sexual offences.

Raymond Collison, 43, was sentenced on Monday, April 23, at Leicester Crown Court, and was convicted of causing or inciting sexual activity with a child and attempting to meet a child following grooming. The presiding Judge told Collison that while he had apologised for his actions, the Judge believed he was only sorry that he got caught.

Collison faces a lifetime on the Sex Offender Register and was also given an indefinite Sexual Harm Prevention Order (SHPO).

Detective Constable Carol Strike said: “A lot of work went into this investigation involving officers from across the force who are all committed to safeguarding children.

“This case highlights the dangers of the internet and how people like Collison use it to groom children. I hope it will serve as a timely reminder at how imperative it is to educate young children on how they can be safe online.

“Collison knew exactly what he was doing and I welcome the sentence he has received. Thankfully, he was unable to harm any child and I am very pleased that he is now behind bars and unable to put more children in danger.”