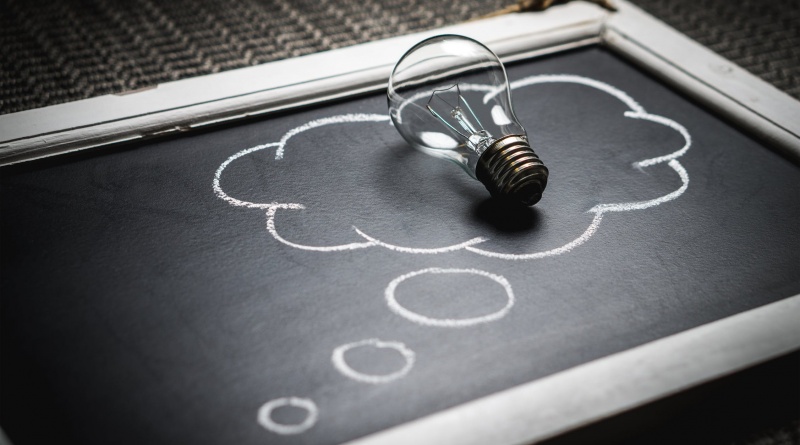 An interesting speech was given today by UK leadership on how the UK can help improve the world’s urban environments.  It was especially interesting to see the prediction that by 2050, 75% of the world’s population will live in cities, further decreasing the amount of rural living that we may have been accustomed to in the past.

I absolutely agree with the final comments that Technology can never be the only solution; it can only be successful as part of improved processes.  The new Raunds digital display, for example, is probably the first real example we’ve had of technology being introduced to the wider physical space.  It’s great for advertising but what happens if a ‘good process’ isn’t put along side it? – we end up with people manually having to change the display and showing old outdated information, or even misleading information.

I made a comment today that morning commuters or people doing their school run (pre 9am) were faced with a message saying ‘Meeting of the Events Committee Tonight at 7:30pm’; but it was yesterdays message.  The suggestion and feedback was made to simply try to schedule the messaging so that it didn’t rely on someone coming in after 9am and having to manually type some buttons and change it.  Nothing to do with the staff and whether they are doing a good/bad job, it comes back to the process and how to make best use of the new technology to ensure it is doing the intended job.

The response from the Town Mayor was that I was the only one that was ‘getting wound up by it’.  Well it wasn’t so much I was getting wound up by it or nor was it just to have another opportunity to moan about something on the sign; I’ve said plenty of times that I think it’s a great addition… It was more of a concern that someone may have read the sign and ended up at the Council doors tonight expecting the meeting to take place.  Many answers to introducing technology, are solved by ensuring processes are also put in place.  As technology grows, towns and cities must also grow and adapt with them.

Maybe I shouldn’t have such high expectations, but I live in a world and work with technologically advanced companies, including those in the Silicon Valley where process is absolutely key but a key driver for those successful companies is to be disruptive, and challenge the way that we live today.  My comments aren’t there to criticise the Town Council but to help the town be the best that we can be.

I also think we need to find new ways to share ideas and to help get those ideas across to the local council where they make sense – I will be adding contact forms where appropriate to certain Town Voice posts to help encourage exactly more of that.

Within the Town Voice forums, many posts are met by local councillors to say that Town Voice isn’t the place for people to be registering their opinions; but across to the Town Council.  We definitely need to make sure that conclusions and consensus from certain topics do end up getting over to the council.

Although I strongly believe that Town Voice is the place to help form the opinions and to have some healthy discussions / debate to help prevent them going across in such a ‘raw format’.

We are still a relatively small town, and technology isn’t something that I see being wide spread ‘yet’.  Take for example, the garage sale; we are still needing to print off and tear a slip to enter it.

What do you think Raunds will look like in 2050?…Will the town have more of an urban feel to it? What day to day tasks that we do today will become replaced with technology? – The below is an interesting read…

“There’s a saying you may have heard that ‘demography is destiny’. In the long run, big demographic trends dwarf most of the day-to-day issues governments spend their time thinking about.

Well there’s no bigger trend in the world today than the move to urbanisation. By 2050, it’s expected three-quarters of the world’s people will live in cities.

It’s easy to forget how new this is, but for hundreds of thousands of years we humans have been rural. It is no longer true, and we haven’t even begun to get used to it.

This change is especially significant in China – Shenzen, across the bay, had 30,000 people 40 years ago. Now its daytime population is 18 million.

Even in long-urbanised countries like the UK, city living is back. From the 1930s to the ‘80s London, like many cities, experienced a long, slow population decline as people moved out and commuted in.

Most commentators thought this was permanent, that it was inevitable. The so-called ‘hollowing out’ of major cities in this period is where the negative stereotype of inner cities took hold.

But now London’s population is bigger than ever, and those who do live in London are more likely to live towards the centre. The inner city is now wealthier than ever before. This is a pattern repeated right across the world.

It’s very clear city living presents unique opportunities and unique challenges. People who live in them are healthier and wealthier than those who don’t. And smart cities – the melding we have now of that digital technology and data science to improve our urban environment – is what we will need to harness those opportunities.

We in Britain are genuine believers in the power of smart cities. We’re early adopters: Manchester’s MediaCityUK is, as I would call it, a 40-acre sandbox, testing in miniature what the smart cities of the future might look like.

And for those of you who were here for Professor Dame Wendy Hall’s speech earlier you will have heard that that access to information is fundamental to city development.

We’ve already seen tangible benefits from this: the CityMapper App, which helps users navigate with real-time data, began when London’s transport authority published datasets they already held for internal planning. It’s now available in 33 cities around the world, including here in Hong Kong.

They’re continuing to innovate: quite a few transport companies have launched their own apps, but CityMapper must be the only app to launch its own bus service.

But we’re not just here today to talk about smart cities. I am sure all of us here agree on the benefits. We’re specifically here to discuss how we make sure the smart cities of the future are based on the individual and improving the lives of individual citizens.

Earlier, I talked about how predictions of London’s population decline had been wrong. We should be humble about our power to predict the future and foresee every consequence: because we cannot relive the mistakes of the urban planners of the 1950s and ‘60s.

That means starting with the individual citizen and what they actually want and need. That’s easier said than done, and I’m sure the fantastic panel will offer insight and suggestions.

But let me give you 2 thoughts, to kick off the discussion.

Improved technology only works if it’s part of an improved process.

In Britain we’ve been lucky, because citizen-centred technology has come exactly at the right time for us.

Since 2010 we’ve had a big drive to make every public service ‘digital by default’.

But because there’d already been a strong desire to redesign public services around users, since at least the early ‘90s, digitalisation came as a natural, organic outgrowth of something we were already doing, not something we just bolted-on.

Two: as the saying goes, when you have a hammer, every problem is a nail. But technology should always be a solution to a problem, it should not be a solution looking for a problem to retrofit.

In the UK we look at the practical, day-to-day problems people face – is their bin collected on time; is their train overcrowded at rush hour – and we see how technology can help.

For example, every city lacks space. But Ordnance Survey, and I know the team is here today, is releasing its geospatial data, so we can make better use of the space we have.

Every city suffers from congestion. But Northern Ireland’s Seesense has developed a bike light that flashes more brightly at junctions. That makes cycling safer, so more people cycle – so we can make better use of the infrastructure we already have and lead healthier lives.

And every city is more polluted than the countryside around it. That’s why in Bristol and Milton Keynes we’re using sensors to monitor air pollution, and why Glasgow is pioneering smart grid technologies.

Urbanisation is one of the most important trends in the world today. We need to see this trend as an opportunity, not a threat. But it’s only by making our cities smart, understanding how we can apply that technology that we can take full advantage.

In Britain we’re already taking advantage – and our technology companies, consultancies, architects and planners can help you take advantage too.