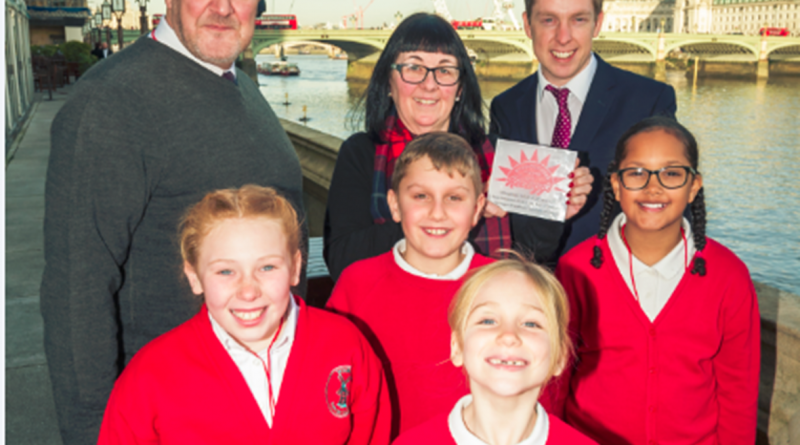 Raunds schoolchildren attended the Houses of Parliament in December to collect their award for the Best Breakfast club in the East of England 2017.

Four Windmill pupils journeyed to London for the prize giving, which included a tour of the Houses of Parliament, and celebrated with their MP Tom Pursglove.

Around 45 children attend Wide Awake Club every morning before school. Since opening in 2014, the club has served more than 15,503 breakfasts – more than twice the population of Raunds.

Den making, card making, gardening, reading, painting, board games and baking make up just a few of the engaging activities at Wide Awake Club, which has a strong focus on improving children’s social skills and confidence.

The club also works to link activities to celebrations like the Queen’s birthday, and children get a special table on their birthday.

The prize money will be spent on finishing a small patio play area at the Breakfast Club.

Matt Coleman, from Wide Awake Club said: “We are really excited and incredibly proud to be winners in this year’s Kellogg’s Breakfast Club Awards.

“Writing our entry gave us a wonderful opportunity to celebrate the fantastic children who attend every morning, not to mention the hard-working staff.”

MP Tom Pursglove, who attended the lunchtime awards in Parliament, said:  “Congratulations to everyone from Windmill Primary School on winning the Award for the Best Breakfast Club in the East of England. It’s fantastic to hear how the club, with the support of its dedicated teachers and staff, has provided a range of activities that help children start the day focused and ready to learn.

“Breakfast clubs are an excellent way to make sure pupils have access to a, balanced and filling meal before school. This award is a great achievement and I wish the school every continued success.”

The Kellogg’s Breakfast Club Awards is part of the company’s Breakfasts for Better Days initiative, part of which focuses on ensuring all children get access to breakfast in the morning.

Kellogg’s UK and Ireland managing director Oli Morton, who spoke at the awards, said: “So many clubs across the UK deserve recognition for the brilliant work they do. After receiving more than 500 applications, it’s been tough to pick our finalists from so many inspiring and heart-warming stories.

“Congratulations to Windmill Primary School on their win today. All the clubs recognised in these awards play a vital role in society by supporting working parents, feeding hungry children and offering opportunities to increase informal learning.”

Research carried out by Kellogg’s in September showed that 43 per cent of school teachers surveyed feared their breakfast club could face closure in the next three years*, which is why it’s more important than ever that schools, government and partners in private and third sectors work together to help sustain as many breakfast clubs as possible in the future.

Kellogg’s has supported breakfast clubs for the last 19 years and offers funding, food and training to 3,000 clubs across the UK. 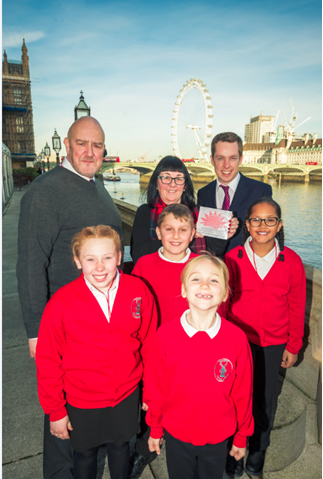