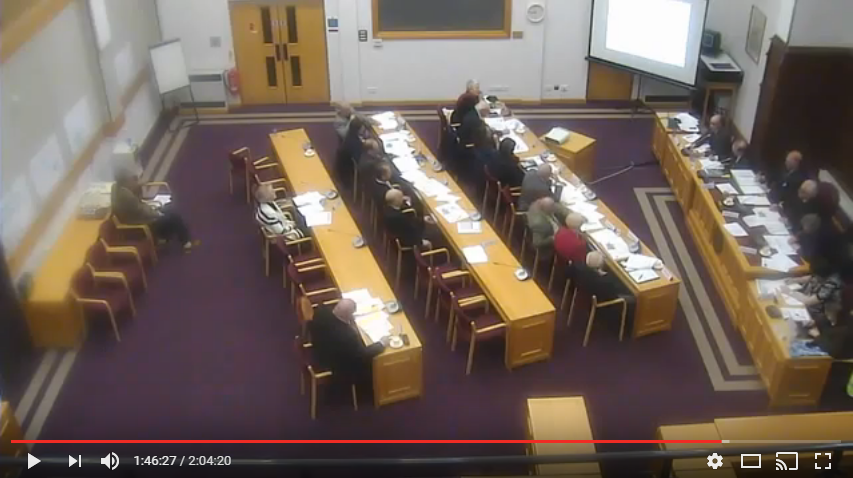 Having been through the video footage released by the Council from the Warth Park Development Planning Meeting, I thought it would be useful to provide a breakdown of some of the key and arguably controversial topics that were made during the meeting, which led to a (right or wrong) decision to approve the development

Here are some of the key points:

Here are the videos:

She highlights that the reason that the Raunds Neighbourhood Plan holds no weight is due to ENDC sitting on it when it should have been reviewed and finalised much earlier.

June Longhurst speaks against the development.

June has a small holding on Hogs Dyke and will be the closest neighbour to the new Warth Park development. She says, this will have a huge impact on her livelihood and flock of sheep.

Are you left with a warm and fuzzy feeling that there is a good community focus after this?

Concerns Over Noise Levels are Discussed

The council failed to have a representative at the Warth Park planning meeting who could talk to the points regarding environmental report discrepancies and missing information.

Roxhill published higher decibel figures and ENDC corrected these by lowering them in a further report.

Just a 10 Decibel increase by Roxhill would equate to approximately tripling the noise level in some cases!

The question was asked regarding ‘max’ noise levels rather than the ‘average’ levels published but since the senior environmental officer was on holiday, no-one could answer.

It is also unclear whether published figures regarding noise levels, such as of reversing vehicles are ‘per vehicle’ or whether multiple simultaneous activity noise has been calculated

Considering environmental aspects were the main reasons for objections to this proposal, was it right that an expert wasn’t made available or that the planning meeting wasn’t postponed until one could?

Concerns Over Air Quality are Discussed

ENDC failed to provide an environmental expert at the Warth Park Planning Meeting.

When asked how there could be no detrimental air quality impact the officer standing in was unable to provide a justified answer.

The answer given certainly indicates that there will be an impact but that the maximum levels for air pollution at particular measuring points under EU regulations will not be breached.

We don’t know what those levels were or where the measuring equipment is located. Is it as close as neighbouring house bedroom windows?

Should any decision have been made without getting the right information / clarification on the issue?

Clarification on the Weight of the Stanwick Neighbourhood Plan

Did you know that Warth Park will now be bigger than the main housing area of Raunds town?

Concerns Over the View and Light Pollution from Stanwick Lakes

Warth Park Impact to Views from Stanwick Lakes and would every Raunds household have been happy to pay a few quid to cover appeal costs?

This was never answered so the decision to approve this could prove to be a very bad one!