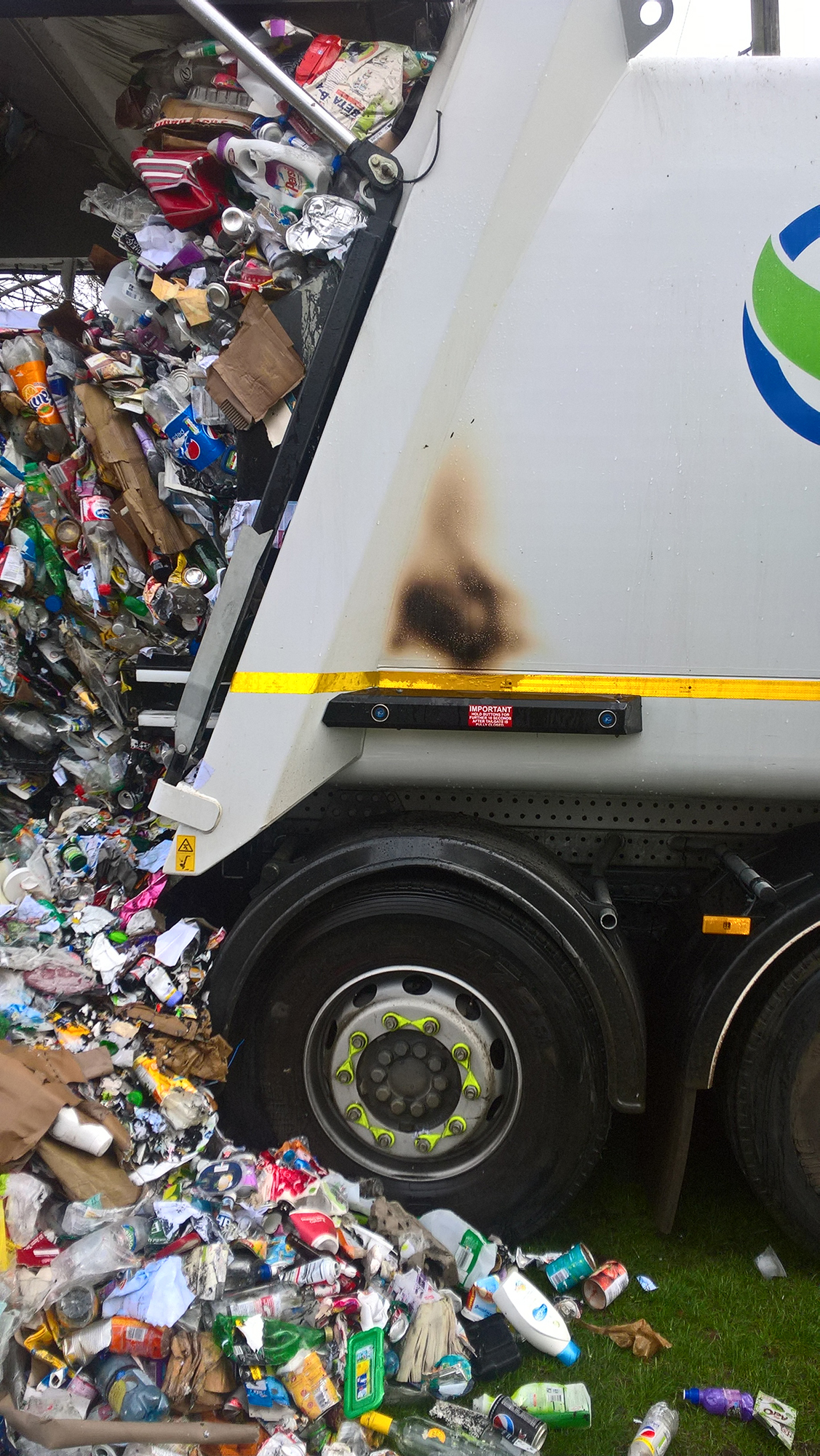 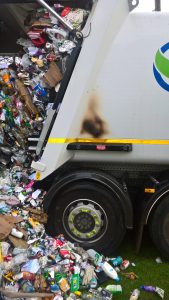 East Northants Council is pleading with residents to take more care when disposing of batteries following an explosion and a fire in the back of a waste collection truck.

Collection crews reported an explosion that rocked the vehicle and that could be heard at the far end of the street as they travelled along Grumbold Avenue in Raunds at 1pm last Tuesday afternoon (14/03/17).

Thanks to the swift actions of the crew, the vehicle was parked on a grass verge away from cars parked along the street, the fire service responded quickly and the entire load of waste was dumped to allow for thorough dowsing whilst the road was closed to ensure public safety.  The fire crews from Raunds and Rushden identified the cause of the fire as a nickel–cadmium battery, the sort used in everyday household items such as remote control toys and torches. Such batteries should not be placed in waste or recycling bins as they contain chemicals that can ignite and should be disposed of at battery recycling points.

“While these items may seem harmless, they could have dangerous implications for our waste collection crews, the public and the environment.

“We’re asking all residents to please keep everyone safe by not putting hazardous waste into household bins but making use of the battery recycling points in shops and household recycling centres.

“We also ask residents to consider the financial cost implications of incorrect disposal. Because of this situation, 6 tonnes of recycling had to go to landfill as it was contaminated, as well as the cost of the fire crews, the waste crews who supported the situation and kept collection rounds running, the damage to the truck and the clear up costs. Please dispose of these items in the proper way.”

Stuart Smith, Operations Supervisor for Kier, praised the crew for acting quickly in dumping the load in a safe place before the fire could disable the truck’s hydraulics, which likely saved the truck from being consumed by the fire:

“Our crew did exactly what they needed to do to prevent the fire spreading and creating damage to people or property. We would appreciate all residents being vigilant in ensuring hazardous materials are not put in their bins but disposed of as indicated on the ENC website.”

To check what goes in which bin and how to dispose of hazardous waste safely, please visit our recycling page.