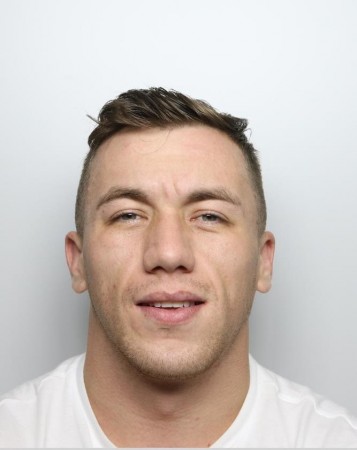 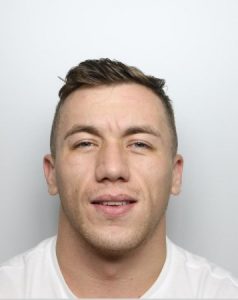 Four defendants have today been sentenced to a total of 17 years in custody after pleading guilty to a string of robberies at bookmakers and convenience stores across east Northamptonshire.

The robberies, which were captured on CCTV, show the horrific moments during which the masked offenders armed with an axe, knife and incapacity spray, attacked the stores to steal money.

The four defendants admitted their parts in separate offences. In total, eight robberies were carried out between September 24 and October 8 2016.

He was sentenced to 44 months.

Two others, who cannot be named for legal reasons, also pleaded guilty to the conspiracy.

The 16-year-old also pleaded guilty to a separate offence of armed robbery where a handgun was used to scare staff and steal money at Ladbrokes in High Street, Kettering on January 10, 2017.

The following robberies were part of the two week spree, before the arrests took place:

This was an attempted robbery. The shop doors were closed and locked preventing the offenders from entering and prompting them to flee the scene.

During the offence at the Hallwood Road Co-op, one of the defendants can be seen on CCTV jumping over the counter wielding an axe and demanding the shop assistant open the till.

A second offender is seen running after a second member of staff and spraying from a canister he was holding. The staff member managed to lock herself in a staff room and dial 999.

The terrified assistant can be heard on 999 audio alerting police to the ongoing incident in the store.

The defendants were arrested on October 8 when, between 8.45pm and 9.45pm, robberies were committed at two Co-ops in Kettering. 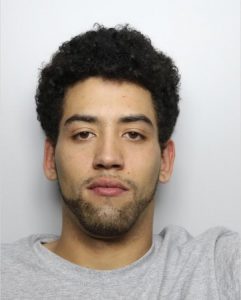 At about 9.45pm a gold-coloured Renault Clio matching a partial registration of the car seen leaving one of the robberies, was captured on CCTV arriving and fuelling up at Ridge Close service station, Kettering.

Police pursued the car along the A14 and into Cambridgeshire. During the pursuit, items were seen to be thrown from within the car. The car then lost control and came to a stop following a collision.

Two of the defendants were arrested attempting to flee the scene and a further two were arrested having been found hiding in bushes.

Detective Inspector Helen Knight, from CID, said: “The level of violence shown by these offenders was exceptionally frightening for the members of staff involved, who had no way of knowing whether or not the offenders would direct the weapons towards them.

“These custodial sentences reflect the seriousness of the offences committed and the necessity to protect the public from these particular individuals.

“This was a fast-moving investigation that painstakingly gathered and analysed evidence, worked in partnership with local retailers and the Retail Crime

Initiative. On the evening of October 8, it was excellent police teamwork that ensured the offenders were pursued and arrested bringing this series of robberies to an end.

“Northamptonshire Police will always robustly investigate such offences and. even when the offenders go to great lengths to conceal their appearance, they will be brought to justice.”